On a plane between San Francisco and Hong Kong. 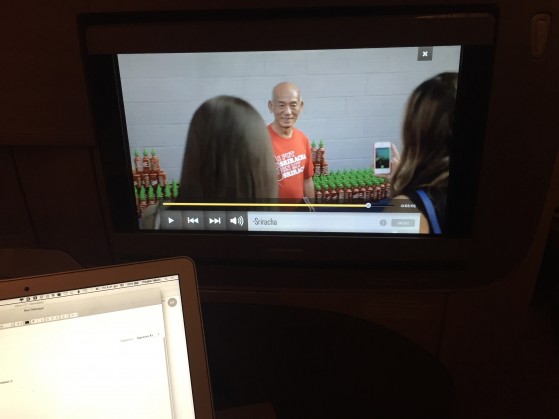 A journalist once commented to Princess Victoria of Sweden that it seemed that the princess was always so interested in the person sitting next to her at all the formal functions and meetings she has to go to.

The journalist asked her how she did it.

Princess Victoria replied: “My mother taught me that every person has an interesting story.”

She also said something like “it’s seems so boring to not be interested in the person next to you.”

I think that was great advice from the queen – and it is extra relevant advice for a speaker.

I am often asked how it is to go and speak for “boring companies”. I know what people mean with that question, but I have to say that I now think that there are no boring industries.

There are some industries that are super-interesting and fascinating – but there are no boring industries.

I recently did a talk for a company that does “O-rings”, arguably not a very flashy industry, but I learnt some really interesting things. After 15 years of speaking to virtually every industry you can imagine, from glue companies to makers of potato chips, I now know that every industry is fascinating. This is if you learn how to be curious by knowing how to look at something from different points of view and from your own perspective.

I am writing this post on a 14-hour intercontinental flight and I have just finished watching a documentary on the in flight entertainment system about a chili sauce.

Now, a documentary about a chili sauce might not sound super interesting, or like something that is connected to the themes I am speaking on – which are Business Creativity, Change and Having a Global Mindset.

The documentary was about the Sriracha hot sauce that is right now taking the USA by storm. Its popularity has just exploded in the last few years and it has almost a cult following that is growing quickly. (If you do not know about the sauce, do some googling to find out what’s going on.)

I knew about the sauce through my brother-in-law in the USA who is a huge fan, but I learned some new interesting things by watching the documentary.

The sauce was created in 1987 by David Tran, a Vietnamese man of Chinese heritage who fled Vietnam as a boat refugee and who arrived in the USA with nothing. There, he started making his chili sauce and it since has grown by at least 20% every single year for almost 30 years, without ever advertising.

(Interesting Fact: He named his company Huy Fong Food after the name of the boat he spent 3.5 months on while trying to flee his home country.)

Now, they have a new factory that turns out more than 18,000 bottles per hour and they are still struggling to meet up with demand. Or in the words of Mr. Tang: “For the last 30 years, the economy went up and down. For me, I feel nothing. Every day, every month, the volume increases.”

What I did not know about the sauce was that the name “”Sriracha” was not trademarked by Huy Fong Food because it is actually a generic name of a chili sauce from a small town called Si Racha — in Thailand (!).

So let’s see: the hottest brand in hot sauces right now is founded by a Chinese-Vietnamese man, but is made in the USA, it originated in Thailand, and is most popular being used on Pasta and Pizza (Italian) and Spicy Tuna Sushi (Japanese).

This is a fun example of a product that has embraced the global possibilities of learning from and being inspired across borders.

Or as one person in the documentary said when talking about how many different Sriracha sauces are now being launched, “It’s a whole beautiful world out there.”

He was talking about a whole world of different chili sauces. But I think the quote is even better as a general statement: It’s a whole beautiful world out there. And products, companies – and people – should try to be inspired from anywhere they can.

Inspiration without borders is a nice slogan. And a good strategy. 😉

Lesson: Always collect examples that inspire yourself and which helps you develop the theme you speak on. In my case, it’s seeing the connection between a chili sauce and the value of having a global mindset. In yours?

P.S. I have to end by sharing a wonderful quote from the humble Mr. Tang. When others advised him that he would sell more bottles if the sauce was not so spicy, he replied: “No, a hot sauce has to be hot!” 😉

Be Inspired By The People You Inspire 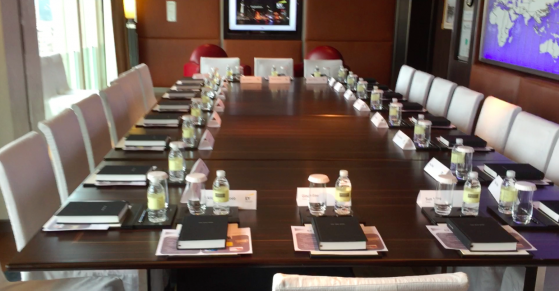 In my 15 years as a professional speaker, I met some amazing HR managers, but I have to say that none have impressed me as much as Gina Qiao did today.

Gina is Senior Vice President of Global HR at Lenovo.

Now, Lenovo is an impressive company that has gone from nothing to the world’s largest PC company in 31 years.

But as impressive as the Lenovo story is Gina’s story. In fact, it is even more impressive.

I met Gina today when I was invited to give a speech for a small number of global HR managers for companies with Asian headquarters. It was organised by EY and I was the only speaker. In the audience were Chief HR Officers of companies like Alibaba, Petronas, Geely (owners of Volvo), and many more.

I was invited to inspire them through my talk on having a global mindset, and I think it worked because they asked me to speak longer than my allotted time slot. After the speech, I got feedback like “I think this was amazing”, “I wish I met him 10 years ago. I love everything he said”, and so on.

But as inspired as they might have been by me, I was more inspired by them – and especially by the story of Gina Qiao.

Gina started in a junior position at Lenovo in China and slowly moved up to Head of Marketing in China.

After that, she was transferred to the HR department without having any experience of HR and without wanting the job.

Later, she was moved to Head of Strategy – again without having any experience in that area.

When Lenovo bought the PC division of IBM (at that time 3 times the size of Lenovo), it was decided that English would be the new corporate language. Gina, who had lived her whole life in China and studied Japanese as a second language in school, knew only a few words in English.

But instead, she got a teacher and after a while moved to the USA to force herself to master English.

Today, ten years after the merger, she is not only fluent in English, but she is the Senior Vice President of Global HR at Lenovo, perhaps the most globally diverse company in the IT sector.

She told me that leaving China and the knowledge of “Chinese companies” to embark on learning about the world and running a global company had made her humble.

As she said: “You have to appreciate diversification. If you see something different, ask WHY. You can learn more than you can expect. Before, I was so arrogant thinking I knew it all because we were so successful in China. We were a USD 3 billion company then. Now, we are a 47 billion dollar company. I am so small, (there are) so many things I do not know.”

Gina’s story of her rise from being a Junior Chinese worker to Senior Vice President of Global HR at Lenovo, one of the largest PC companies in the world, inspired me so much — how she constantly challenged herself to take on jobs in areas she knew nothing about and growing in the process by continuously learning.

Lesson: Remember what mothers are known for saying, “To be interesting, you have to be interested.”

It is true for inspiration too. To inspire, you need to be inspired.

As a speaker, your job is often to inspire the audience. But the nature of this job also means that you will get a chance to get up close with some of the most inspiring people in business. Use that opportunity to get some healthy doses of inspiration from them yourself.

Why Professional Speakers – Like Boy Bands – Go On A World Tour 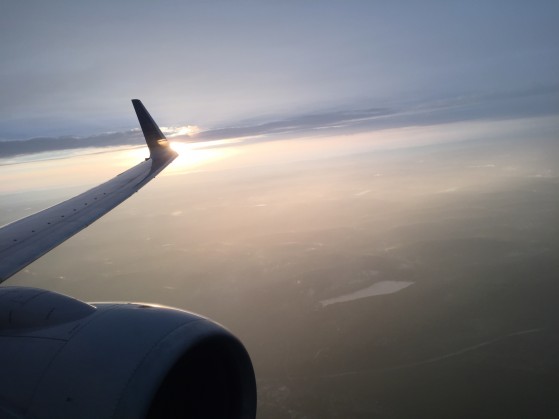 (On a Singapore Airline flight between Shanghai and Singapore)

I am writing this on the last leg of yet another “around the world trip” that has taken me from:

All in 18 days. And all on one Star Alliance “around-the-world-ticket” that cost me 12 000 USD and included 10 flights, to 10 different airports, in 9 countries on 4 continents.

Now, that might sound like a lot of travel, but it’s actually a way to reduce my travel.

If I would have flown to each of those 6 speeches on a return flight from Singapore, it would have been more flights and much more hours in the air.

During “speaking season”, it often makes a lot of sense to just fly straight to the next speech instead of going home between speeches.

By saving on “return flights”, I instead got plenty of “free time” in the cities I was speaking at where I could relax, meet interesting people, and experience the different vibes of these amazing world cities.

On this trip, the “extra free time” that I saved by cutting down my traveling time was used to experience one of the ten best restaurants in Canada, as well as one of the best restaurants in Sao Paulo, and I also got some days by the pool in Brazil, and got to do some shopping and eating on the Bund in Shanghai.

Traveling from speech to speech has made me realise why rock bands go “on tour”. By blocking off a period for intense travel, you actually free up more time to be with your family – while getting to many different cities without extensive travel.

Being “on tour” is simply a very efficient and comfortable way to travel.

Lesson: Be flexible in the way you think about travel during “speaking season”. Return flights might be a detour.