Steve Donahue is a storyteller.

Literally.
He makes a living giving speeches about how to tell a story, and he does it by spending most of his time on stage telling a fascinating story about when he, many years ago, travelled across the sahara desert.
And he is very good at it.

Normally he stands on the big stages around the world,
but today he was sharing his insights in a small, intimate room full of members of APSS (Asia Professional Speakers, Singapore).

Below are my notes about some of the takeaways from the session. They will not do justice to the experience of hearing Steve talk about storytelling, but I hope it will inspire you to want to learn more about storytelling.

a) On how to use storytelling: Get the audience to talk about themselves

“When a person talks about themselves it triggers the area in the brain that is also triggered when we eat good food, when we do drugs, or when we have great sex.”

Talking about ourselves basically makes us feel good, (and it explains the addition to social media that many of us have, because even if we only realise that someone is going to read what we say/write at a later stage it stills fires up the same happy feeling in our brain.)

So Steve’s suggestion is to use a small part of your talk to have the audience members talk about themselves in regards to the topic that you are speaking on. Doing so will trigger that happiness feeling making them feel better, and that in turn will make them like your speech more.

b) About tension in storytelling

Instead of just telling your story TO the audience, invite the audience to be part of the storytelling. Doing so creates tension, and tension is good. Or as Steve said: “I am grateful for the tension.”

At the APSS event Steve and one member of the audience (Phil Merry) got into a very funny “back and forth banter” with the audience member disagreeing with the speaker in a light hearted way. A less experience speaker might have been pulled off the track by such an exchange but Steve was able to use the tension that (naturally) comes from a speaker being challenged by someone in the audience into a “spice” that made the story he was telling less predictable.

He later told us that he loved the “unpredictability of tension” so much that he has, on occasion, given the clicker for the slides to a member of the audience and instructed them to “click when you think it’s time for the next slide”! He explained that it sometimes meant he had to rush the slides like crazy and sometimes the slides would never be clicked, but he also revealed that the audience loves the unpredictability that the handing over of the “power of the clicker” creates.

I guess you could say that “tension creates attention”.

By involving the audience he also gets “stories about the story”, ie side stories that he can now tell about when something happened when he told his story at some earlier event.

(One of these stories includes how he tells this story about walking through the Sahara and how he at one point thinks that he is going to die. He then tells the story about how one audience member came up to him after the speech and with fear in his eyes asked him: “So did you survive?” …)

c) About the rhythm of storytelling.

A core piece of Steve Donahue’s speech is when he straps on an African drum and continues to drum on the drum as he tells the story of crossing the Sahara. By changing the rhythm of his drumming he changes the intensity of his storytelling. If the story is just tagging along then the drumming is slow and subtle. When he comes to the more dramatic sections of the story the intensity of the drumming is increased – and when he comes to a particularly dramatic part where he thinks that he is going to die the drumming suddenly ………… STOPS ……..

He doesn’t mention it in his speech, but the drumming is a great way to get people to think about how to use speed, pauses and volume to create variations when telling a story (something that many speakers are not very good at doing.)
d) Narrative Function

Steve also talked about “narrative function” the ability that our brain has to turn events in our lives into stories that we can tell ourselves and others about what we have been though. Steve encouraged us as speakers to look through our speeches to see if we in them have stories that will help our audiences to create their own stories about what has been important in their lives.

Basically telling us that: Our job as speakers is to tell stories that inspire our audiences to create their own stories about their own life.

Steve also took the time to point out that storytelling should not be about giving people answers. The best stories are the stories that instead helps to create questions. Question that will then push the audience to go and find their own answers.

But perhaps the most interesting part of his speech was when he explained that he used to tell this long story about traveling though Sahara as a story about change. But after years of telling it he got sick of standing on stage telling it over and over again. He contemplated not using the story anymore – that story that had been his “signature story” for years and years.

Instead he did something very unusual and – from a storytelling perspective – very brave: he then started mentioning from the stage that he had become sick of telling the same story over and over again.

And then, to re-energize not only the story, but himself as a person, he went back to Sahara to do the trip one more time. But this time with a young korean man as the “main character”, because it turned out that the book that Steve had written about his first original journey as a young man had become a huge hit in South Korea selling 100 000+ copies in Korea alone.

By “redoing” the journey with a young korean man as “him”, Steve not only got new material for his speech but he also re-connected to his original story. Something that made him stop using it as a story about “change” and instead as a story about storytelling.

And now the story – and the speech! – is better than ever.

As speakers we all have our “signature stories” (the equivalent of a rock band’s hit songs) but telling them over and over again risk making us grow tired of these stories. Hearing Steve talk about how he was able to revisit his old story to find new meanings in it was very powerful and inspiring to me.

If you are a speaker, see if you can re-visit your “signature story” to find new meaning or symbolism in it that can re-erengise you to tell that story in en even more meaningful way.

Summary: Storytelling is one of the most powerful tool that we speakers have in our toolbox, and yet I am often negatively surprised by how many speakers seem to forget to include great storytelling into their presentation. Therefore it was such a joy to, for once, get to listen to a two hour presentation where storytelling was front, back and centre. 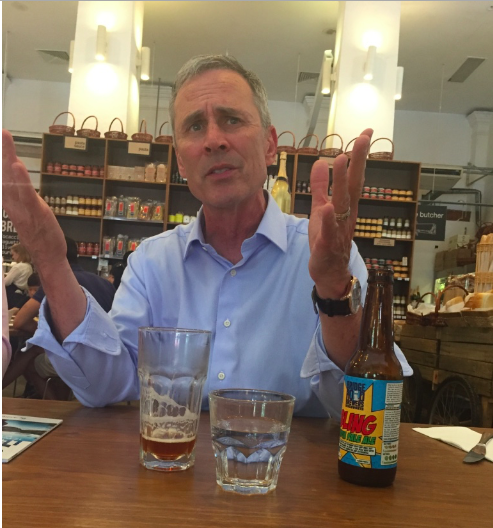 Picture from when I was fortunate to get a little extra time with Steve over a beer before he flew back to Canada. 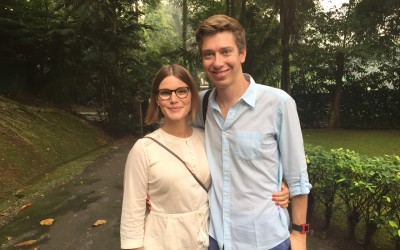 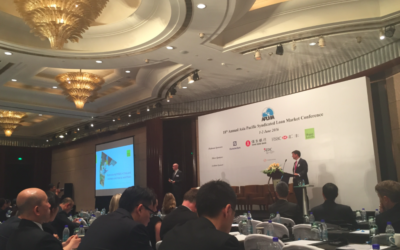 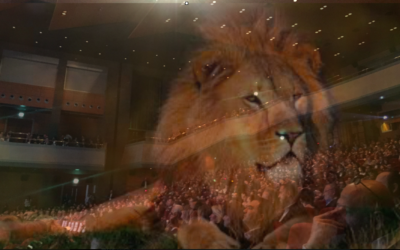 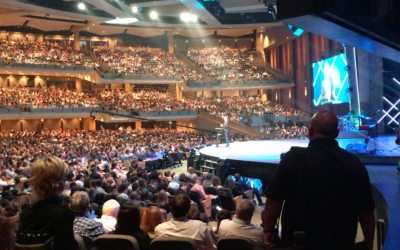 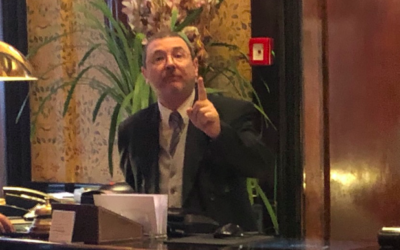 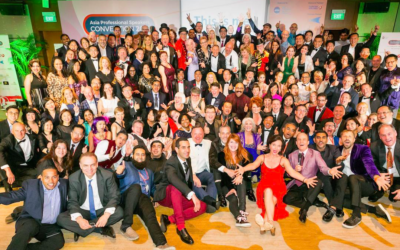 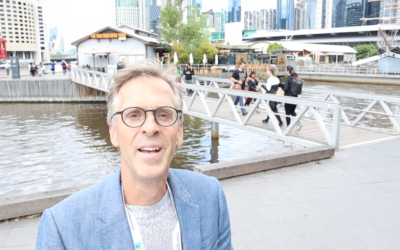