The business of speaking, Uncategorized

Want To Be A Global Speaker? Get A Global Mindset 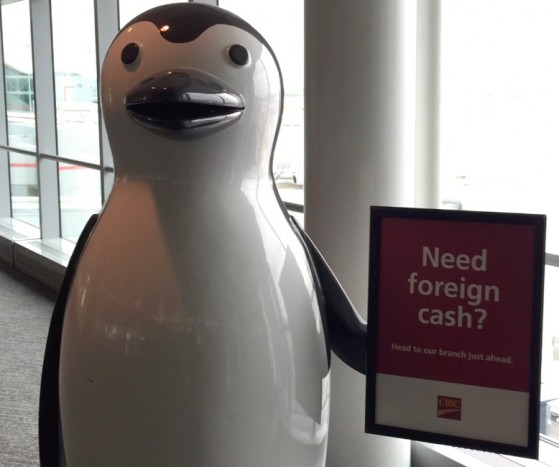 I have met many speakers who are very successful locally (i.e. in the country they live in), but who would like to become global speakers (i.e. be invited to speak all over the world).

They sometimes ask me how I managed to become a global speaker. There are many answers to that question, but the most important answer is mindset.

And to do that, you need a global mindset. (Granted, not all speakers want to be global speakers, this post is for those speakers who do.)

You have to stop defining yourself as an “American Speaker” or a “German Speaker”, and instead look at yourself as just “a speaker”. (I have given two talks on the subject of becoming a global speaker that you can watch HERE if you want to find out more.)

In today’s post, I want to share an example of what it means to have a global mindset, and I will exemplify it with how I work with suppliers.

Today, I have not been traveling. I have been working from my home office in Singapore, but it has still been a very international day.

Now, you could argue that this is because I already have a very global speaking business, and that is of course true. But thinking with a global perspective is something I do very actively. Like with how I work with some of my suppliers. I live in Singapore and could arguably find suppliers for everything I need right here in Singapore. But instead, I have opted for having suppliers based all around the world.

Here are some examples of some of the suppliers I am using right now:

So what is the advantage of this? Well, you get perspectives from many parts of the world – which makes you look at your speaking business with a broader perspective.

But it is more important than that.

In a sense, getting a global mindset is transformational in a similar way to when Copernicus got us to understand that the sun doesn’t orbit around the earth. In both instances, we, as humans, realise that the world doesn’t evolve around us. And that is a both liberating and humbling insight.

If you are not as global as a speaker as you would like to be, ask yourself this question: Could it be because your speaking business is built too much around a very tight circle around where you live?

Is there a bigger chance that you would be speaking globally if you started to do business from a global perspective?

I think the answer is pretty obvious. Or it could of course be just a big coincidence that I have built my speaking business with a global mindset in mind – and that I, at the same time, am one of the world’s most globally booked speakers.

Today I attended a conference on metals and got a lesson on the importance of connecting to a higher purpose. 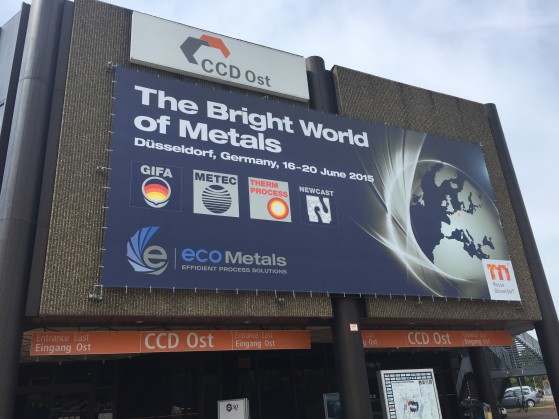 Now, a “metal conference” might sound like an unlikely place to pick up anything that might be beneficial for a speaker. But if there is anything I have learnt in 20+ years as a speaker, it would be to understand that lessons are all around us.

My client today was Kanthal, a maker of heat resistant alloys. (One of their products can handle air as hot as 1200 C…)

They invited me to be the keynote speaker at their first annual “Innovation Award”. Before I went up on stage, the CEO of Kanthal gave a short speech on why Kanthal had introduced this award.

He explained how the world is entering a time of limited resources and how “conservation of limited resources” will become more important in the future. As a planet grows to 9 billion people within our life time, and as humans constantly crave for a better lifestyle, the demand for resources such as energy, water and food will continue to grow.

To help solve this challenge, Kanthal leads in creating alloys that can withstand very high temperatures, that in turn can create more energy efficient solutions.

Suddenly, the pitch for Kanthal was not about their alloys, but about offering products that will help us overcome our current overuse of the earth’s resources.

To appeal to a higher purpose is something that many companies are doing today because they understand that today’s clients and potential employees want companies to not only “exist” to make money or sell products.

And in no industry is this mission of “a higher purpose” more important than in the speaker industry.

Audiences do not want to hear about your ideas or your theories – they want a speaker to help them see the bigger picture. They want to be enlightened. They want to see the higher purpose.

I do not really talk about how to be a Truly Global Company, even if that is what the companies book me for, when they want me to give a speech based on my latest book “One World. One Company.” What I really talk about is the potential for mankind to become ONE. A world with no borders where we all work together for the benefit of us all.

Yes, that is a grand vision. But that is what we want from a speech.

You better make sure you have a message of a grand vision of your own in your speech – because people are (consciously or sub-consciously) going to be looking for it.

Lesson: What are you really speaking on? What is that bigger picture hidden in your talk?

See The World — And Be Home By Lunch On Friday

“Don’t you get tired of all the travel?” 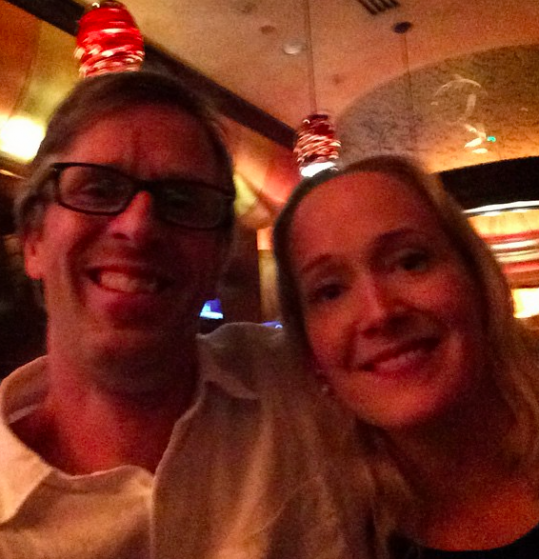 I get that question a lot.

And it is true, I do travel A LOT. I actually have more hours in the air than a commercial airline pilot.

But no, I do not get tired of it. Or at least I find it much less tiring than having to, for example, commute 1 hour back and forth to an office every day of the week.

Let’s look at the trip I am on right now.

At 9:25 on June 9, I left Singapore to fly, via Seoul and San Francisco, to Las Vegas where I gave a talk to all the BMW car dealers of North America. Then back again, via San Francisco and Hong Kong, to Singapore where I will land 11:25 on June 12. So, that’s 74 hours of travel for a 40-minute speech.

Sounds crazy, but now let’s break it down.

5 hours of meeting with client, checking on stage, delivering my speech, hanging around the conference learning about the future plans of BMW USA and about their new car.

10 hours of experiencing Las Vegas. I went to a show, had some great food (cajun crayfish was the best!), had a massage, did some people-watching on the Strip, and of course, a bit of gambling in the casino.

On my way back, I had a 5+ hour layover in San Francisco so I called an old friend, Elin, who lives there, and took a taxi downtown to meet with her. She took me wine tasting at a hot start-up (Built), and then for a really nice dinner at Union Square. Time catching up with old friend in San Francisco: almost 5 hours.

In those 30 hours, I watched 2 movies, 10 TV shows — I do not have cable TV at home so I catch up on TV when I travel 😉 — and had the time and piece of mind to read (cover to cover!) the book “The Lenovo Way” by Lenovo’s HR manager Gina Qiao, which she gave me last week. And of course, I was also able to get a few hours of emails done (and write this blog post).

Out of the 74 hours I will be gone, I would call less than 10 hours “annoying traveling time” (such as taking taxis to airports, going through airport immigration and security etc.) — which would be the same amount of annoying travel time that someone who works 9-5 and commutes 1 hour to work would have.

But how about “being away from family”?

I left Tuesday morning after sending my kids off to school. I will be back on Friday before lunch and will spend the rest of the Friday “workday” playing with my daughter who comes home from Kindergarten at noon, giving me 6 hours of “father-child-play time” during “office time” on Friday.

Now, I also spent Monday at home, since I knew I was going to be away, which gave me another 6 hours with my daughter. In effect, I had MORE time with my young child this week than someone who works 9-5 even though I was gone travelling for 74 hours.

And then I also got to visit a good friend in San Francisco, have a day of fun in Las Vegas, and work with the amazing people at BMW USA during that very same week.

But this doesn’t add up, you might think? You must loose out somewhere?

Well, here is the lesson: Being a global speaker DOES involve a lot of travel. But because the actual work time is so short (in my case, 5 hours this week), a lot of the travel is done DURING the normal 40-hour work week. People who complain about travel are usually the people who have a 40+ hour work week AND then have to travel on top of that. That must suck.

Also: I do not HAVE to travel. I could choose to be a Singapore-based speaker working in Singapore.

But I find that the energy, the insights and the experiences I get from being a global speaker makes my life richer, fuller and more amazing. And that is why I am not tired of the travelling.

Done right, it fills your work week with a lot of inspiration and you are still back home for lunch on Friday 😉