A year of a global speaker.

Most of  my post on this blog is about how to become better as a speaker, but some are about the life of a global professional speaker. This is one of those posts.

As we are now closing 2016 I have done an inventory of my global speaking year.

Here is a video to hopefully give you a glimpse into what that year looked like, felt like and was like. I hope it will inspire you to speak more globally too.

And here a list of the global, or international conferences I spoke at:

I am now looking forward to 2017, which I already know will be another global year that will (at least) take me to speak on 4 continents, and most likely 5.

I wish you a happy new speaker year – and may all your speaking wishes come true.

Why are you a speaker?

If the answer that popped into your head was not: “Because I want to change the world”, then you are in the wrong profession.

Yes, I can think of a million different reasons for why people want to be speakers:

But if you are not speaking to change the world you are approaching this job from the wrong side.

Tonight I met a person who is a perfect example of a speaker who is speaking to change the world.

Idriz Zogaj is on a mission: to spread the power of training your brain to more people around the world.

He is the Head Coach of the Swedish National Team of Memory. Idriz was in Singapore with his team to compete, with great success, in the World Championships of Memory here in Singapore.  (Sweden got 3 Gold medals, including memorising 2860 numbers in 60 minutes, memorising 527 abstract pictures in 15 minutes – and the new World Record of memorising 520 numbers  in five minutes (!).)

As a coach of the Swedish National Memory team, and as an author, app-developer – and speaker – Idriz is working non-stop to get society to understand the vast potential that lies in us becoming better at understanding the power of our minds.

As a speaker he goes to companies, governments, and schools and talks about both how we can become better at remembering things, but also about why it is so important that we do.

His dream, or I should say his goal, is to make memory training a everyday sport, just like jogging.

He truly believes that if we became more aware of what our minds can do our world would become better. And when he speaks you can feel it. And when you can feel the authentic urge to change the world, you get followers. You win the audience over.

Idriz TedX-talk is one of the most watch TedX-talks out there, with more than 5 million (!) views.

Being a great speaker is not about speaking techniques, rhetoric or “speaking skills” – it is about one person standing on a stage speaking about something that person thinks is so important because if more people understood it it would change the world for the better.

Yes, speaking techniques, rhetoric or “speaking skills” are important in getting the message across in an effective way – but they are nothing compared to the power of a speaker communicating what he or she thinks is a world-changing message.

The next time you go up on stage ask yourself: Why am I doing this speech? How is this going to change the world for the better?

If you can not answer that questions honestly, perhaps you should give another speech.

Not as a speaker, but as a human who bought into his message. (Just look at that big grin on my face as I a received the actual deck of cards used in the World Championships by one of the Swedish team members who used that deck in World Championships. I am now using that deck, and Idriz books, to play with my son and to help develop our memory. Message received. Idriz dream spread to one more family.) 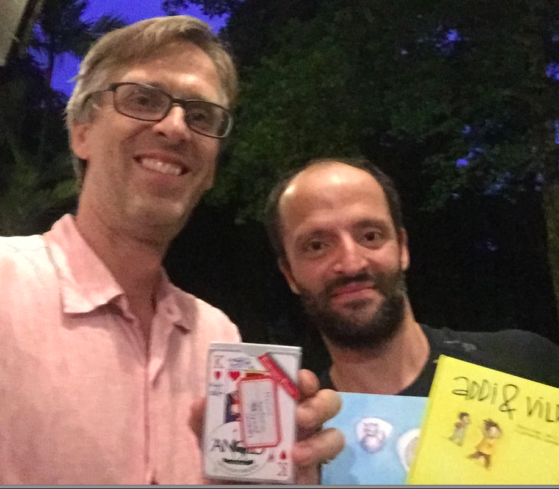 This is a post about the end of a speech. But let me start from the beginning.

Today 3000 people from 60 different countries met at the KL Convention Centre for the Global Entrepreneurship Community Conference. It was a very ambitious conference meant to inspire entrepreneurship in Malaysia and beyond. It was opened by the Prime Minister of Malaysia and the organisers had flown in some world class speakers from around the world: including Mike Walsh and Jon Duschinsky.

I am speaking tomorrow, but today I was just attending the conference to listen and learn about entrepreneurship, but also to watch other speakers speak.

And the takeaway for me today was the technique of ending your speech with energy.

Both Mike and Jon are high energy speakers, but it was interesting to see how they both had prepared an ending that was even MORE energetic, and which included playing background music while they finished off their speeches.

Ending a speech like that makes the speech more like a performance, reminding me of how musicals often end with a high energy, up-beat musical number to get the audience on their feet for the ending.

Turning your speech into a “performance” can be dangerous. It risks turning the audience against you with a feeling of “I did not come here for a show” or “This is too rehearsed”.

But done right, it infuses a lot of energy into the room.

But I was today reminded about the importance to leave some room for increasing the energy at the end of a speech.

Instead think of the ending as the end of a tight 800 meter race and how you need to sprint at the end to win.

Lesson: Save some energy during the bulk of your speech so that you can “spring” to the finish line. 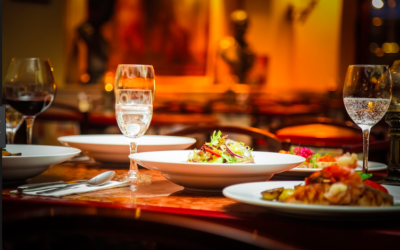 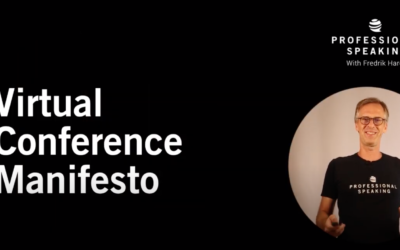