Speaking Perk: Knowing What No One Knows

What is the biggest perk of being a speaker?

The biggest perk is the privilege to learn about things no one else gets to know.

The finance industry will probably be the industry that will see the most disruption in the next decade.

Now, imagine if you could be a fly on the wall when the best innovators get together at an innovation conference of a global leader of financial payments facility held in Silicon Valley.

Today, I was invited to be the only speaker at VISA’s global innovation award in San Francisco. In this event, they acknowledged the recipients of patents within VISA.

And during lunch, I got to sit next to the boss of the innovation department.

Over cod fish for main dish and chocolate mousse for desert, we talked about everything from VISA’s view on block chain, to who will be the winners and losers in mobile payment – and even where VISA’s big bet for the future is (very interesting and a total surprise to me).

And yes, I could tell you more about it, but then I would have to kill you 😉

Lesson: Our job as speakers is to inspire, teach and inform in order to get companies to move forward.

Interestingly enough, these very same companies will inspire, teach and inform us speakers as much, if not more, if we take the chance to learn when we are at the venue.

I am very happy that I did just that today.

The most important people at a conference are the speakers.

I am not saying that because I am a speaker. As a speaker, I think that the most important people are the audience.

It is the organisers of a conference who are saying it.

You do not believe me?

Then answer this question: Who do they put at the VIP table?

Answer: The speakers. And the CEO.

The speakers are at the Very Important Person Table because the CEO wants to get a chance to get some more information from the speakers. And because it is supposed to be a nice thing to do to put the guests at the VIP table.

But as a speaker, you should use the time at the table to get more information from the CEO and the other speakers.

At least, that is my approach to the Very Important Table.

Singapore Institute of Directors had organised a great conference with an impressive line-up of speakers for the 850 or so in the audience.

Some of the speakers at my table were:

We had an interesting discussion at our table around everything —  from collaboration between government and private sector to the motto that drives the Hello Kitty brand: “Small Gift. Big Smile.”

I tend to find the time spent at the VIP table to be the most valuable time when it comes to learning. And I am amazed at how many speakers use their time at the VIP table to talk about themselves instead of learning from other people who are there.

Do not make the same mistake.

Lesson: Sitting at the VIP table should not make you think you are a Very Important Person. It should make you focus on the fact that you are privileged to get to sit together with a bunch of Very Important People and you should grab that opportunity to learn as much as you can from them. 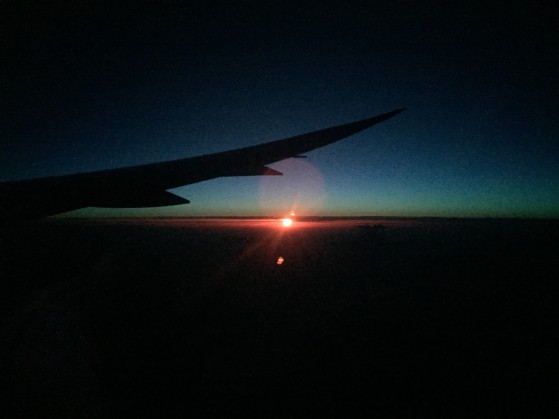 I am a very frequent flier.

I have been invited to speak in 60+ countries on 6 continents during the last 15 years.

There was a year when I used 23 different airlines.

I spend more time in the air than a commercial airline pilot.

(Side note: For me, the travel is a goal in itself. That doesn’t mean I think everyone should travel like me. It only means I want to travel like this. For my post on how you can travel a lot and still keep a healthy work-life balance, see this post.)

With a travel schedule like that, it is natural that I will get many questions on how I look at “frequent flier miles” and being “loyal to my airline”.

Well, the more I fly, the less I count the miles and the less I am loyal to any airline.

But first, a DISCLAIMER: I am not saying that all frequent fliers have to think and act like me when it comes to picking airlines.

My purpose with this post is to give an alternative to the common “mantra” of “being loyal” to one airline that I hear so many fellow travellers speak about.

Let’s start with an example:

Let’s say I want to fly to Stockholm from Singapore on Sep 20th and fly back by the 21st. Yes, it would be a crazy flight to take. But I and many other frequent fliers take these kinds of flights a lot.

That means that I would have 9 hours and 40 minutes or 580 minutes MORE with my family on September the 20th by being “unloyal” to Singapore Airlines.

But, let’s say you are lucky and get the “saver rate”.

That means that to get a free flight (even on saver rate), you need to fly 6.7 times. Let’s round it up to 7 flights.

So, if I would have insisted on flying Singapore Airlines 7 times in order to get 1 free flight to Copenhagen worth SGD 9,561, I would have had been away 580 minutes x 7 flights = 4060 minutes, or more than 67 hours.

Now, let’s count the value of that:

Now, ask yourself this question:

If you are away from your family a lot because you frequently travel for work, would you be willing to be away one more hour if someone paid you SGD 135?

If so, by all means, rack up the frequent flier miles and be “loyal” to your airline of choice.

But if you think your family time is worth more than SGD 135 per hour, then you might want to consider being loyal to your family instead. 😉

Hold on, it gets worse.

1) Most Airlines Have Frequent Flier Miles

I have NOT taken into consideration that by flying Finnair, you would of course also get miles with them!

Finnair miles would have some value in the same way that the Singapore Airlines miles have value.

And if you fly a lot, you will soon rack up miles on all the airlines that you fly with.

Yes, it will take longer to get a free flight, but you will still get them.

2) The Value of Savings from Cheaper Tickets

I have also not taken into consideration that flying with Finnair (in this example) would have been about SGD 3,000 cheaper (SGD 9,561 on SIA, SGD 6,424 on Finnair).

So in 7 flights back and forth, I would have saved SGD 21,000 in cheaper flights, giving me enough money to BUY more than 2 Singapore Airline flights to Copenhagen and still have SGD 2,000 in the bank.

Now, I know that not all people who travel on business care about the price of the ticket. Basically, only business owners who pay for their own ticket would have to.

But imagine a company that would create its own “reward system” for money saved while flying instead of the artificial “savings” of miles.

Note: I just picked the dates in random and the prices go up and down. I am also aware that, with some searching, I might have been able to find a different Star Alliance carrier (like Lufthansa) where I still could have been able to rack up some Singapore Airlines miles.

But my point here is to show an example of how looking for alternative flights based on “minutes saved” is a nicer strategy than “miles collected”.

The conclusion I have come to after flying a lot is: If you are a frequent flier who are away from your family a lot, then your focus should be on getting home as fast as possible.

Be loyal to your family time, not to your airline.

Lesson: Do not count the miles. Count the minutes.

Your airline might love you less, but your spouse will love you more. And very few kids would choose “collect the miles” or “come home earlier” when asked what they think their traveling parent should prioritise.