After 20+ years as a professional speaker I have learnt that one of the most valuable things you can have as a speaker is interesting stories with a personal connection back to you.

In a world where you can find anything online the audience wants to hear interesting stories that are yours.

That means that as a speaker you have to practice the ability to collect interesting stories.

The word “interesting” means “Unusual or exciting in a way that keeps your attention”. So how do you find interesting stories.

The truth is that they are all around us.

Let me give you two examples from the last few days:

Two weeks ago I was attending a party in the home of a friend of mine and across from me at the table sat the neighbour of my friend and we start to chat. Turns out that this man – amongst many other things – has the keys to the very first nuclear reactor that was build in Stockholm in the 1950’s. He starts telling me about this amazing place and I get all drawn in to the story.

Turns out that Sweden build an experimental nuclear reactor 24 meters under the Royal Institute of Technology in the absolut center (!) of Stockholm…

A few days ago my friend, Boris, calls me and asks: “Would you like to see that reactor? We are going there tonight!”

I say “Of course!”  and a few hours later I am standing in the former reactor hall and it feels like I have been thrown back in time to the 1950’s – or to a James Bond movie. 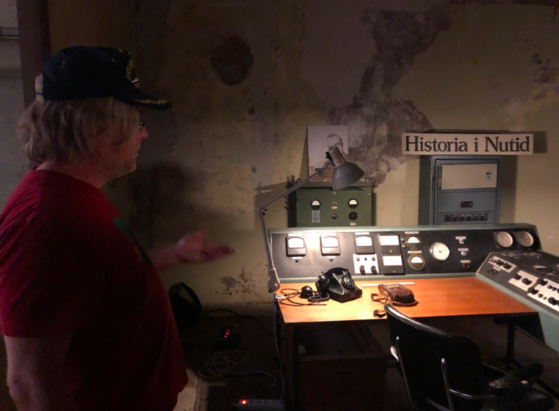 I learn about why Sweden created an experimental nuclear reactor, how the space is now a testbed for everything from drone research to music video production, and had an interesting discussion about how science had a much more prominent position in society back then. This morning I woke up on my island to find two naked men standing on the beach. Turns out that they had decided to swim to my island from land. The two were attending a conference on music therapy at Rönneberga, a nearby conference place. 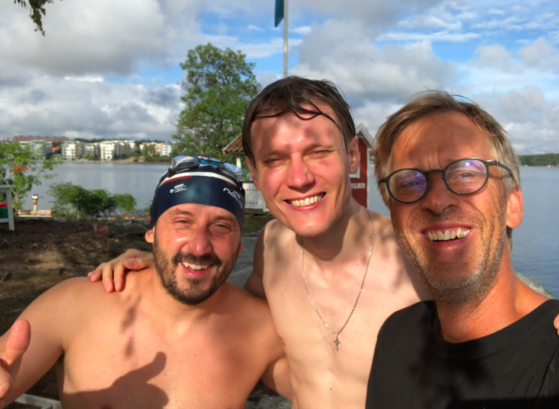 Then they swam back to where they came from.

Two examples of unexpected meetings with strangers that led to interesting conversation about something I knew absolutely nothing about.

Now, will I use any of these stories in my speeches?

But that is not my point today. My point is to show that unexpected and interesting stories are everywhere – and as speakers we need to make it a habit to look for these stories, collect those stories, learn more about those stories.

And that means we have to be open to strangers, curious about others and interested in things we did not think we were interested in.

Talking about music therapy for Spanish drug addicts with a naked man who swims into your island on a Sunday morning might seem “strange” – but not in a negative way, but in a positive way as in “leaning something outside of what I already know.”

And visiting an abandoned nuclear power plant from the 1950’s where they are doing drones research might be “strange”, –  but not in a negative way, but in a positive way as in “leaning something outside of what I already know.”

What strange things will you learn from a stranger today that you might be able to use as a story in one of your speeches?