Life of a professional speaker, Uncategorized

The work ethic of a lion. (Hint: No, it’s not that Alpha male crap, that’s not lion, that’s bull…)

I have been getting a lot of comments on my way of balancing travelling the world to speak with having plenty of time off for my kids, so I thought I would share some insights of how – and why – I work like I do to hopefully inspire you to work differently for a better quality of life.

I call it: The work ethic of a lion.

But first some background:

I am a global keynote speaker. In the first six months of 2018 I have been invited to speak in UK, France, Malta, Mauritius, India, UAE, Singapore, Malaysia, HK, Oman, Indonesia, Italy, China, Norway and New Zealand. That is 15 countries on 4 continents (Europe, Africa, Asia and Oceania) in six months.

In the same time I have had a lot of time off. For example: A week in San Francisco to attend a friends wedding and visit family. A weekend in Wellington, New Zealand to visit a good friend – and almost 60 (!) days on my private island in Sweden spending time with my family. I am also on 50% paternity leave at the moment as my kids are young, which means I spend a lot of time at home with them, bringing them to school, playing with them and so on.

So how can I balance traveling the world to speak with so much time off? The answer is to think and work like a lion.

Now, when I say that I have come to understand that most people misunderstand what I mean. They think that I am somehow promoting a “alpha male” approach to work/life.

Actually, you might almost say that I am promoting the opposite of an “alpha male” approach to work/life.

So first let’s get this “lion=alpha male” misunderstanding out of the way.

The reason for why so many people interpret “lion” to mean “alpha male” is most likely because the lion has been depicted as “king of the jungle” and “king of beasts” in society and because male lions have been popular symbol for royalty and stateliness.

But lion prides are not run by a Alpha male at all. Prides are run by a group – of females…

“In the typical African pride, the females form the core (…) The females in the pride are generally related to one another since they usually remain in the same pride for such a long time.  Due to this permanence, a lion pride can be said to be a matriarchal social structure.” (source.)

So now when we got that myth of the dominating Lion King out of the way let’s study how lions actually approach “work”.

Lions spend much of their time resting; they are inactive for about 20 hours per day. Although lions can be active at any time, their activity generally peaks after dusk with a period of socialising, grooming and defecating. Intermittent bursts of activity continue until dawn, when hunting most often takes place. They spend an average of two hours a day walking and 50 minutes eating.

Or in other words: They hardly work at all… and when they DO work, they do it in short, energetic bursts.

A lion can only keep its maximum speed of 60kph for more than a 100 – 200m. Lions rely on stalking their prey and seldom charge until they are within 30m, unless the prey is facing away and cannot see the charge.

And that is how I work too.

Not only in my actual work as a keynote speaker. (If a lion’s maximum speed is 60 kmh, my maximum length of being great on stage is 60 minutes… I do not do long one-day seminars or even half day seminars, I do short 40-60 minute keynote speeches.)

But I have the same approach to all work.

The first email was 2 lines long. The second was 10 lines long and the third one was 3 lines long.

I also initiated a email to a website for event managers in a country suggesting they should write about me. (It looks like they will.) Length of that email? 3 lines.

I try to keep emails short and to the point.

Come to think of it I do almost everything short and to the point.

When I do get a speech I do not use contracts which reduces admin time, I invoice once a month to bundle up invoice work to one, short instance. I invoice once, not twice like most speakers who invoice 50% upon signing of contract. That reduces admin work around invoicing by half. And so on.

I am terrible at networking with people for the sake of networking. But if I do come across a person who is interested in – or could be of high interest for – a speech I make sure to connect right away.

Today is a perfect example of a “working day”. It’s a normal Wednesday and I started it at 9 am with 90 minutes of exercise. Then played with my kids until lunch (they invented a “children’s olympic that they wanted dad to be part of on their last day before school starts for them), then lunch before I went for a 90 minute massage. Did some shopping and back home at 5 pm. Checked emails for one hour. Then dinner with family and put kids to sleep. From 8-10 check some more emails and write this post.

Full disclosure: my inbox is a little bit too big at the moment after spending 24 hours traveling from Europe to Asia this week and I have about 50 emails to reply to, but I will get up to speed by tomorrow.

As you can tell, not much work.

I know speakers who wake up at 7 AM. Work all day according to a detailed schedule where they follow a process and build elaborate systems.

Nothing wrong with that, but I call them “bulls”. Just like a bull who spends all his day eating grass these people spend all day working on “work stuff”.

If I am not out hunting I am resting.

You might want to say “that’s easy for you to say who has been doing this for 20 years”, but the fact is that I have always had this approach to speaking and work from the day I started speaking way back in 1995 as a 27-year old.

The thing to understand here is that WHEN I work I do it all in and full on.

Could I be a much more successful speaker if I dedicated myself to working long hours filled with dedicated work? Most likely, but just like a lion only hunts the food that it needs to eat, I also choose to only go after the work I need to do so that I can go back to my “den” and see my children grow up.

I yes, I am aware of the story about the “The Tortoise and the Hare”, and it’s important to understand that lions survive due to their ability to condense their hunting to a swift, determined and focused activity. They are lazy most of the time, but when they do hunt they hunt like, well, like lions.

And a lion that hunts in a half-inspired, half-motivated, jogging matter will die quickly.

When you do decide to work, be unforgiving in what you go after. (Hunt. Like a lion)

The bull keeps grinding away all day eating grass.

The lion rests all day. Then eats the bull. 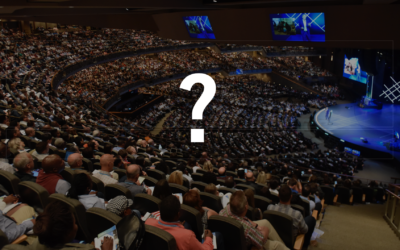 Find out what kind of speaker you are at the core. (Professional Speaking Episode 277) 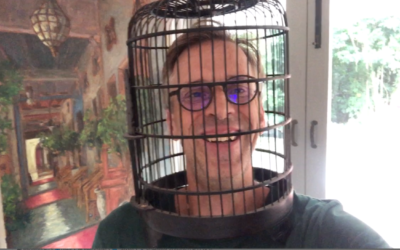 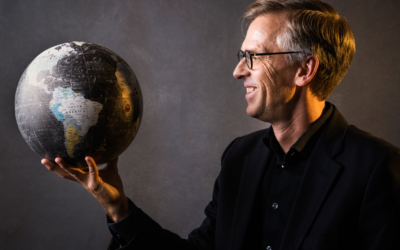