My last speech in Europe for the season had me speaking in Berlin and I had the opportunity to end my speech by sharing 4 photos taken 30 years ago as the wall fell.

3 from the West (where 1000’s of photos was taken) and then the one photo taken from the East which became “Picture of the Year” in 1990.

I show these pictures to illustrate the value of taking a different perspective.

And it is very true for speakers as well.

As keynote speakers we need to give a perspective to the audience that is giving the audience an opportunity to look at the world in a different way.

I became a keynote speaker at 27 because I had written a university thesis on “Internet and marketing” and I could give a new perspective on marketing.

I spoke about creativity coming from China in 2005 (When I moved there) at a time when people still had no clue that creativity could come from China (now 15 years later people understand it much better.)

And now I am writing a book about what we can learn about creativity by learning from different cultures around the world. A perspective that very few people know anything about.

If you are not getting enough keynote speeches ask yourself this question: Is your perspective different enough to stand out amongst other speakers and are you giving the audience a perspective on your topic that is different enough for clients to be interested in booking you?

If not, how can you tweak your topic/speech to become more outstanding?

In summary: An outstanding speech stands out.

(Picture of me standing next to a piece of the Berlin Wall that stands outside the hotel where I spoke.) 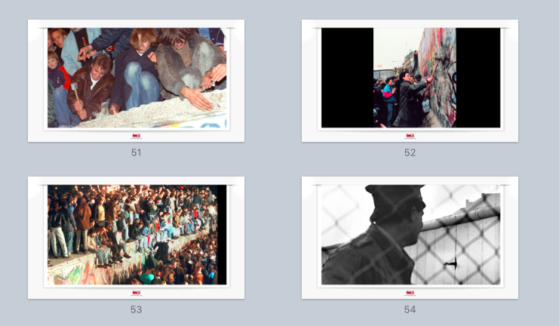