What we can learn from the “famous” speakers.

The way to tell the difference is that the famous speaker get’s a bigger round of applause BEFORE going up on stage than other speakers get when they are done..

Like the audience is happy just by the fact that they get to listen to this speaker.

Today I went and listen to one such speaker: Steve Wozniak (founder of Apple and inventor of one of the first personal computers.)

He was speaking at the same EY conference I spoke at on Monday and I went back there today just to hear him speak.
I wanted to know what I (as a “non famous speaker”) could learn from him – a “famous speaker”.

This is what I learnt:

Mr Wozniak has a burning interest in technology and new things. When he spoke about a new gadget that he has bought that makes his phone beep when his bag comes out from the luggage carrousel at the airport the audience was laughing at the silliness of the invention and at the same time out of shared happiness over how excited he seemed over such a small little thing. Passion about a specific subject is contagious – not only in the sense that others might want to learn more about the subject the person is interested in – but even in the way that people get inspired to become passionate about ANY subject.

It’s like that line from “When Harry met Sally”: “I’ll have what she is having…”

There are basically two kinds of famous speakers – the ones who start to think that they are special because they are well known, and the ones who become humbled by their fame and success.

Woz is clearly the second type. And it resonated so well with the audience.

When he told the story about how he personally sold off Apple stock to Apple employees who had not gotten stock options before the IPO so that many of them would make “enough to buy a house” you could hear how the respect for him as a person grew.
3) Have fun

Steve was so clearly enjoying life and having fun. But he was also enjoying being there on stage. It did not, in any way, feel like he was there because some company (in this case EY) had paid him to come, he gave off the feeling that he could have come for free. (I am very sure he did not…)

When I look at the three things I wrote down as “take aways” from his speech the common denominator is that he made himself human.

Which I find a very interesting observation since “fame” often seems to be about creating a persona that is bigger than the actual person.

It might be easy to think that one should feed that “bigger persona” by being a “guru”, a “celebrity” or a “star” on stage.
But as Steve Wozniak showed today, it might actually be a smarter strategy to just be human.

And that is advice that works for all speakers – not just the famous ones. 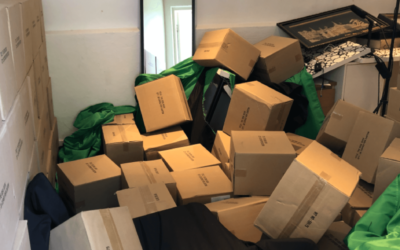